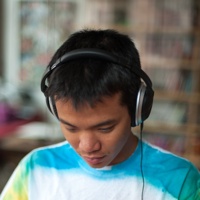 I am adding an Android native version to a React app I’m maintaining as an attempt to learn react-native. I currently know next to nothing about react-native or native development, even though two of my closest friends are native and react-native developers.

Hopefully this exercise will provide me with an opportunity to be more informed about building a user experience that feels more native. As a strong believer in the web, I am a little apprehensive about this endeavor. I suspect there will be concepts that I find “weird” or difficult to wrap my head around, especially around CSS and layouts.

I also worry that this will add a major burden of maintenance for this app. Every new change will need to be done in the web version first, and require another pass to make it work the same for native. I am aware of react-native-web, but I doubt it is something I would consider seriously. I still very much enjoy using “native” web constructs.

Going into this exercise, I have a couple of high-level goals.

Not knowing much about react-native, I am not sure if these are realistic. At this moment, I am quite insistent on the first goal, as it would be “the whole point” of react-native for me. The elusive idea of “write once, run everywhere”. Granted, much of the component markup/ CSS would not be reusable. I am hoping that the redux stuff, such as reducers and actions, or selectors, could be used wholesale. They contain a significant portion of the “business logic”, and it would be hugely beneficial to not have to rewrite them. There are logic embedded in the components as well, though it’s unclear to me whether they can be shared between web and native at this point.

The second goal is really about reducing the aforementioned maintenance burden. The more similar/ in parallel the web and native code are, the easier it would be to implement features for both.

I will be documenting weird hacks and mistakes along the way. There will be plenty.